Music is a universal language (apart from the lyrics….).

Whether you are into rock, country music, indie or pop, music communicates to us in a way that surpasses any differences in culture, in language and in background. It creates a universal language that everybody can understand on an emotional and physical level and can respond to.

My aim is to create a platform where I can showcase my songs, productions and art – you can also buy a bit of merchandise if you want (soon).

My blog (if that’s what you call it) is Confessions of a Small Studio Owner https://coasso.johnsammers.com. Hopefully, it won’t just be me talking… 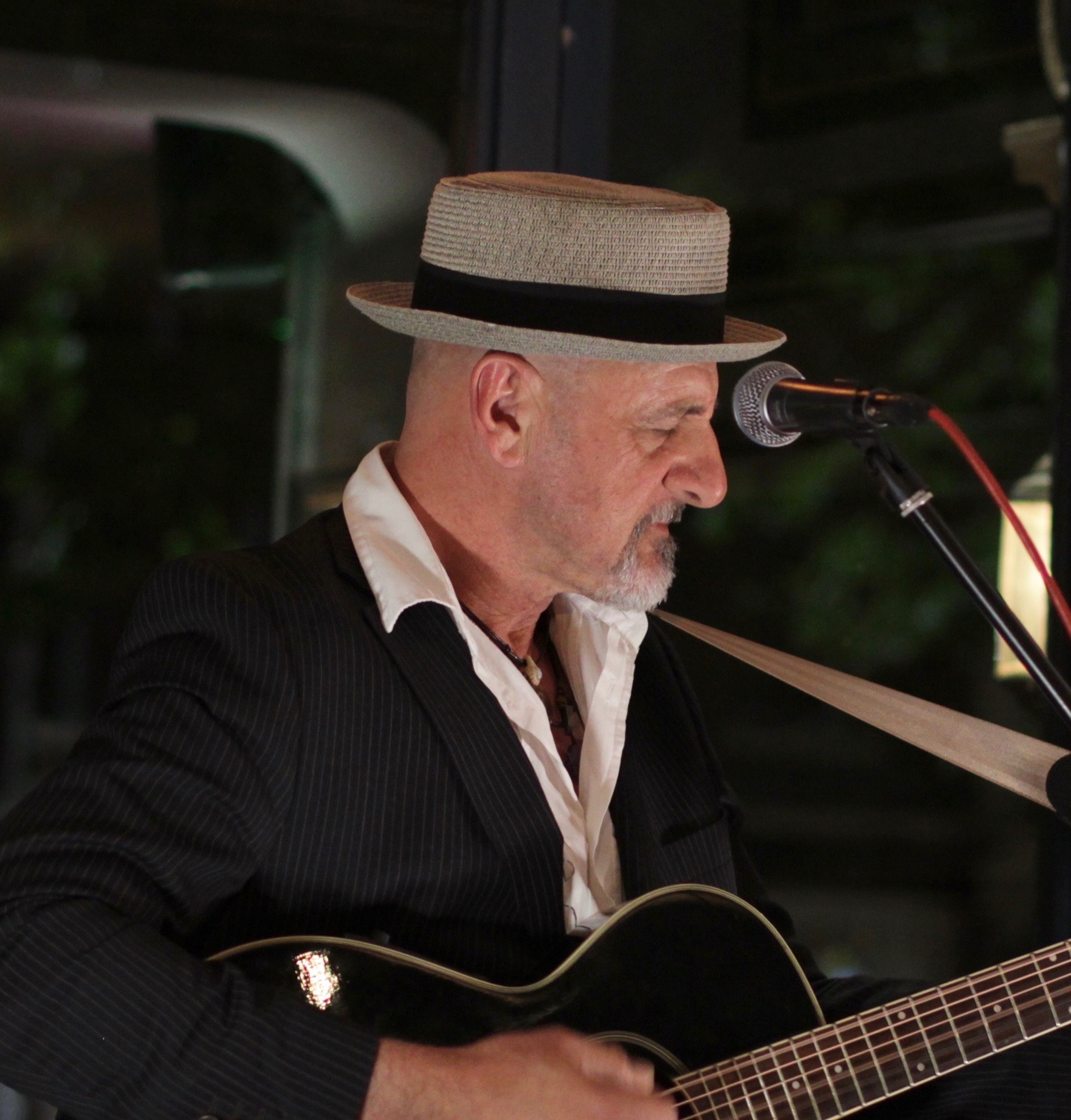 JOHN SAMMERS is an Australian born singer, songwriter, guitarist and producer. He is the former lead guitarist and principal songwriter for acclaimed 80’s pub rock band Outline, who released five singles, one album and the seminal urban anthem The Cicada That Ate Five Dock, voted one of Triple J’s All Time Hottest 100 songs. His music blends Oz Rock (AC DC, Midnight Oil, Rose Tattoo), Brit Pop (The Beatles, The Who, The Kinks, Pulp, Blur and Elvis Costello) with a touch of Americana storytelling.

Post Outline John gravitated to the heady stratosphere of London’s live music scene by way of myriad bands and session work.  He recalls “In London I played with some of the best musicians in the world. The 80s and 90s saw loads of big bands coming off tours to find a relatively depressed scene after the recession of ’89 so lots of great players were doing pubs and functions. During this time I was doing the same (except not coming off big tours – I had kids and decided it was better to stay around), but got to play with quality musicians, which improved my playing and thinking and still travelled around Europe.”

During these years John took to the road less travelled – when you write about the human condition you want to understand it better and became an NLP Master Practitioner and a Hypnotherapist under the guidance of Stephen Brooks the founder of the renowned British Hypnosis Research & Training Institute and started his journey into understanding human behaviour (and his own).  John developed an abiding interest in the spiritual life: studying Buddhism and the teachings of Australian spiritual master, healer and author Shakti Durga; practicing Tai Chi under Master John Kells and John Ding; and embracing Qigong, an ancient Chinese health care system that integrates physical postures, breathing techniques and focused intention, which helped him recover from serious back injuries without surgery.

It was music though that kept calling John back to the studio to try and capture the songs that were beginning to emerge from the cauldron of his creativity. “I came back to Australia in 2014 with the idea of expanding on the songs I had begun recording at North London’s Boogie Back Studio and from my home recordings throughout my studies.  I hooked up with Outline lead vocalist and my long-standing friend Phil Rigger, who had established a successful career as a Producer and song-writer (John Farnham, James Blundell, The Cube) and began refining, writing and building upon what I had already created.

Through Phil I met the songwriter and poet Narayan Terry McArthur. Narayan had been working in the USA with Finnish duo Ninni and Mika and producer Justin Guip on their album All Them Pretty Things. I listened to their album and was immediately taken by the quality of the songs and the production values.  Narayan put me in touch with Justin and before I could say album there I was in upstate New York recording mine. ” Justin Guip is a triple Grammy award winning engineer, producer and drummer, best known for his work with The Band’s legendary drummer and singer Levon Helm and more recently American duo Larry Campbell and Teresa Williams.

John flew in from Australia with a bag full of songs and in the New York autumn of 2016 immediately set about recording from scratch or reworking existing versions of songs he had recorded in London, Sydney and his home studio in Katoomba. He also co-wrote 2 songs with Justin, who had assembled a stellar cast of musicians for the sessions, including: Jesse Murphy on bass (Brazilian Girls, Love Trio), Grammy nominee Leslie Mendelson on vocals and piano, Glenn Patscha (Ollabelle) on keyboards and the acclaimed Grammy award winning multi-instrumentalist and producer Larry Campbell (Bob Dylan, Levon Helm) on pedal steel.

Twelve touchstone songs that capture the extraordinary musical journey, which has delivered John Sammers from the backstreets of Five Dock and the sweat, soaked beer barns of Australia to the blazing lights of West London and the crossroads of New York.

The album is called Believe and is available on Apple Music. He is currently putting together his next music release – stay tuned!